My introduction to Leo was in 1974 at the Boise base. During my four jump seasons, 1973-76, Leo and I jumped several fires together. He was quiet, competent and packed more intellect in his brain than he wanted others to notice. He chose his words carefully, worked hard and did not complain.

This history project has really been underway by Leo Cromwell for over 50 years. Fortunately for everyone, Leo is both patient and tenacious to have compiled so much history on his own time. He taught school for most of the year, but his passion in the summers was directed at the history and statistics of R4 smokejumping. This eclectic combination – a passion for attention to detail coupled with a quest for adventure and tenacity – was not an unusual smokejumper attribute. It seems that jumpers often possess a baffling and seemingly unrelated combination of passions and interests when one drills down into their life. The danger, smoke, heat/cold, excitement, adrenaline squirts, drudgery, discomfort, magical sites, aircraft of all shapes and yes, c-rations were only part of the collective jumper reality. The real glue of smokejumping was that these men were your friends, and you were willing to earn this privilege and their respect because you knew you could absolutely count on them. This to me was the common thread in their character. Joining this team was all about attitude. No one needed to define it, verbally explain it, or expand on this attitude. It was, and remains with jumpers, and helps preserve the camaraderie. Thank you, Leo, for allowing me to help you with this project. 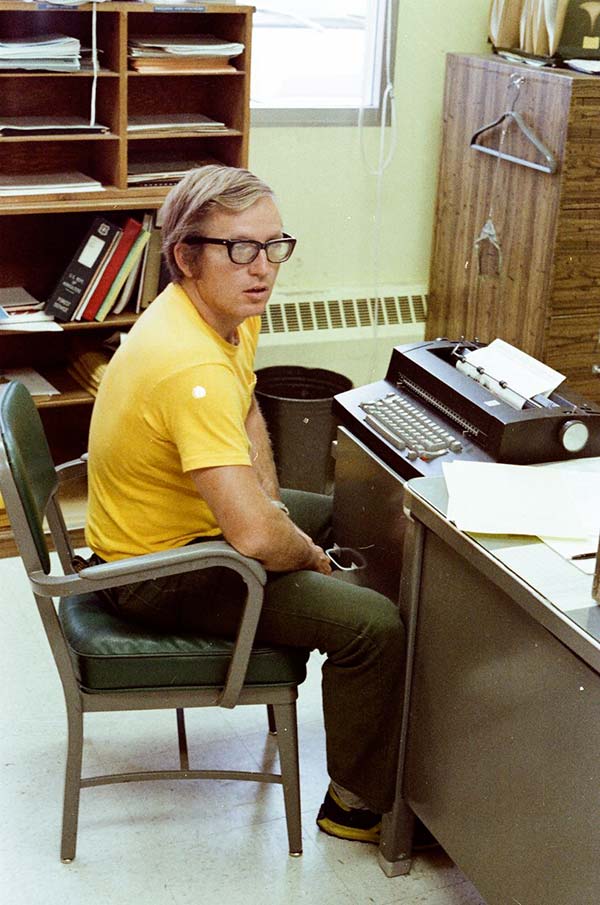 How ‘Who’s Who in Region 4 Smokejumping’ Happened

Although I was a history major at the University of Idaho in Moscow, my dream of being a historian was replaced by a teaching career in mathematics. So I believe my interest in creating the ‘Who’s Who’ began in 1974 after too long of an absence from smokejumping (Idaho City 1966-67, and one year in Fairbanks 1968) when I had been hired at the Boise base by Lowell Hanson (MSO ’58), the new Smokejumper Foreman.

It all started when Lowell asked if I was interested in keeping the jump records for the Boise base, and going back into the Idaho City records and putting them together for historical and current needs. I jumped at the chance, even though our only source of recording was an old typewriter brought to Boise from the unwanted closure of the beloved Idaho City base. For the rest of the Boise Days, 1970-79, I spent recording the current jumps out of Boise and gathering names and events of the Idaho City days from Smokejumper Foreman James “Smokey” Stover.

When the Boise base closed at the end of the 1979 season, I was one of 10 out of 28 Boise jumpers who made the move to McCall. I remained a squad leader, but spent my next few years working at the Payette Dispatch and later as a loadmaster. In the mid-’80s, I was moved to the Operations Desk to work for Operations Chief Dan Felt (MYL ’77). Squad leaders were to rotate base assignments every two years, but I believe that because of my computer skills I finished out my Smokejumping career working in Smokejumper Operations. My position in Operations provided a renewed opportunity to create and maintain a program that would continue the work I started in Boise of preserving smokejumper records.

There were many tours at the McCall Smokejumper Base in summer, and I always thought it was a shame that an old smokejumper would arrive for a tour of our base with his kids and grandkids and no one at the base was able to recognize this man who spent the most exciting years of his life Smokejumping. I started compiling records of the McCall Days from 1943 to present, and would give the old jumpers their records that included jumps and who they jumped with during those great years. Wayne Webb (MYL ’46) became my greatest fan and on his return to McCall each spring, he would be at the base to find out how many years I had completed over the winter months. Wayne invited me down to Boise to meet with the Leaping Legends. This was a group of old jumpers who meet every other month and talk about the old jumper days. I remember Glen “Ace” Nielsen (MYL ’46), checking out my record of him in his jumping years 1946-48 and comparing it to his journal. As a result, I was invited to join their elite group as he found both records were identical.

By the 1998 Region 4 Reunion, I was committed to the task of preserving this part of Smokejumper history and produced the first “Who’s Who in Region 4 Smokejumping 1943-’97.” For many old smokejumpers, this was their book that reminded them of their past and the most exciting job one could have ever had.